Predicting future theatrical performance has always been a challenge, now more so than ever. Movio has proven previously that the most accurate indicator of future attendance is a moviegoer’s historic behavior, and our updated Research tools provide an even more in-depth way to analyze historical audiences helping marketers to refine their strategy for future releases.

For part two of this series on Targeting Your Theatrical Audience, we’d like to introduce Movio Research. We’ll outline how you can use different types of reports and our self-serve Movio Research console to define your audience as it evolves throughout a film’s theatrical run. Both the reporting and Movio Research console can be utilized as a standalone offering to glean valuable insight into moviegoer behaviors, or as a great compliment to a Movio targeted campaign.

In April of last year we debuted our Research Console 2.0 in the U.S. and UK. The console allows users to explore and compare the behavioral, demographic, ticket purchase, and geographical characteristics of moviegoing audiences from thousands of historic titles. As the name suggests, this improved version includes more granular breakdowns of our Moviegoer data and new features like audience benchmark comparisons. The benchmark audience can either be set to include all movies, a single movie, group of movies or even a genre, which can be compared to your primary audience.

Movio’s Research console has a wide variety of potential use cases. It’s a great tool for modeling audiences for future releases, monitoring the audience profile and behaviour for in-season releases, and can even be used to assist with analyzing potential release windows. To help illustrate a potential use case further, let’s look back at our unproduced movie script from part 1 of this series. Within the Research console you can look up the Primary Audience (based on the comps we selected) and compare it against a Horror Genre benchmark audience – this will show you if your predicted audience is comparable to the average Horror moviegoer. 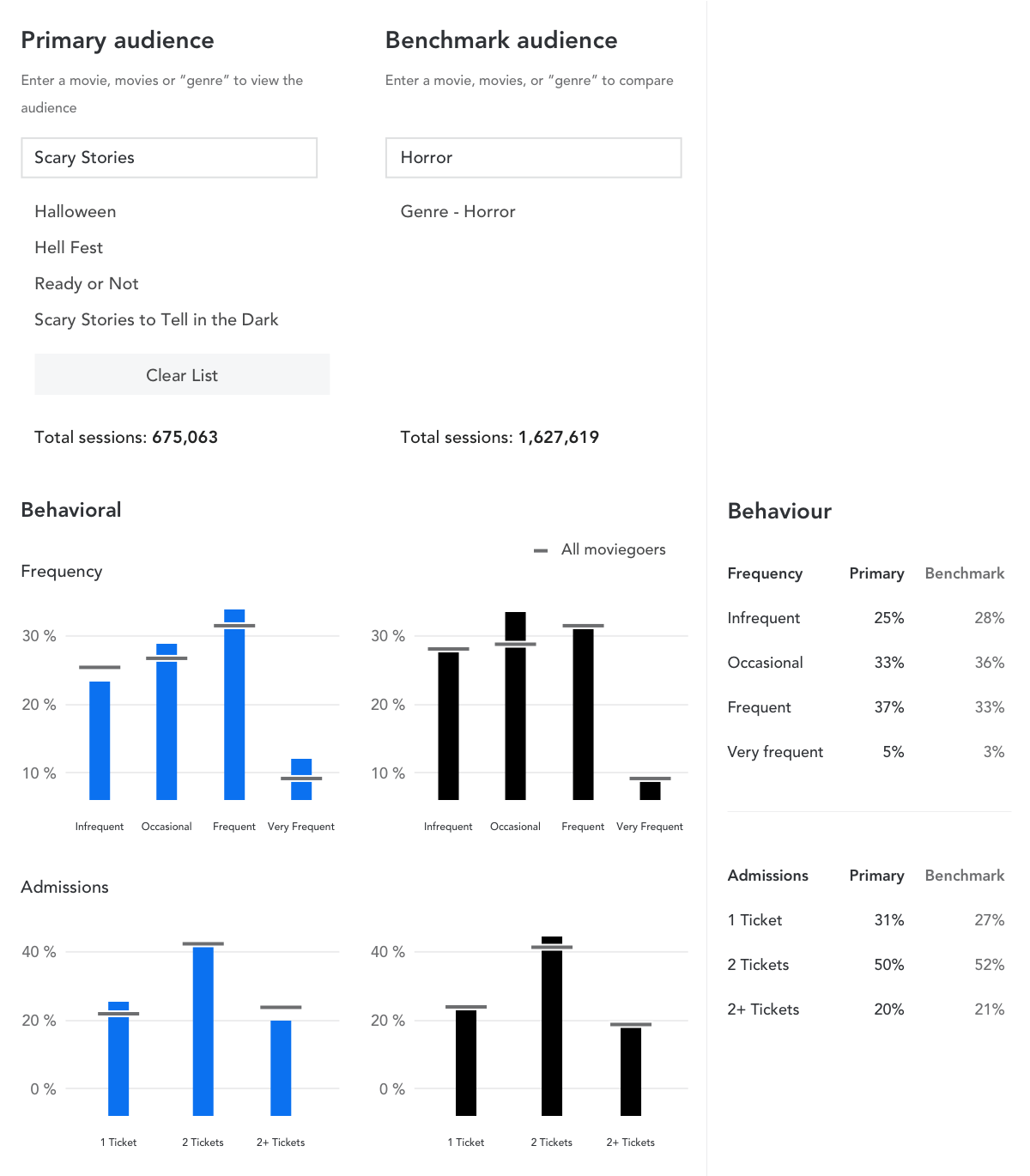 As you can see our Primary audience over-indexes as more frequent than the average Horror moviegoing audience but is more likely to purchase 1 ticket instead of 2+ tickets. Next, we will look at the Demographic comparison – which I find is most important for this genre. Horror audiences typically skew younger and if the comps we selected do not target a younger moviegoer I would recommend making some changes. 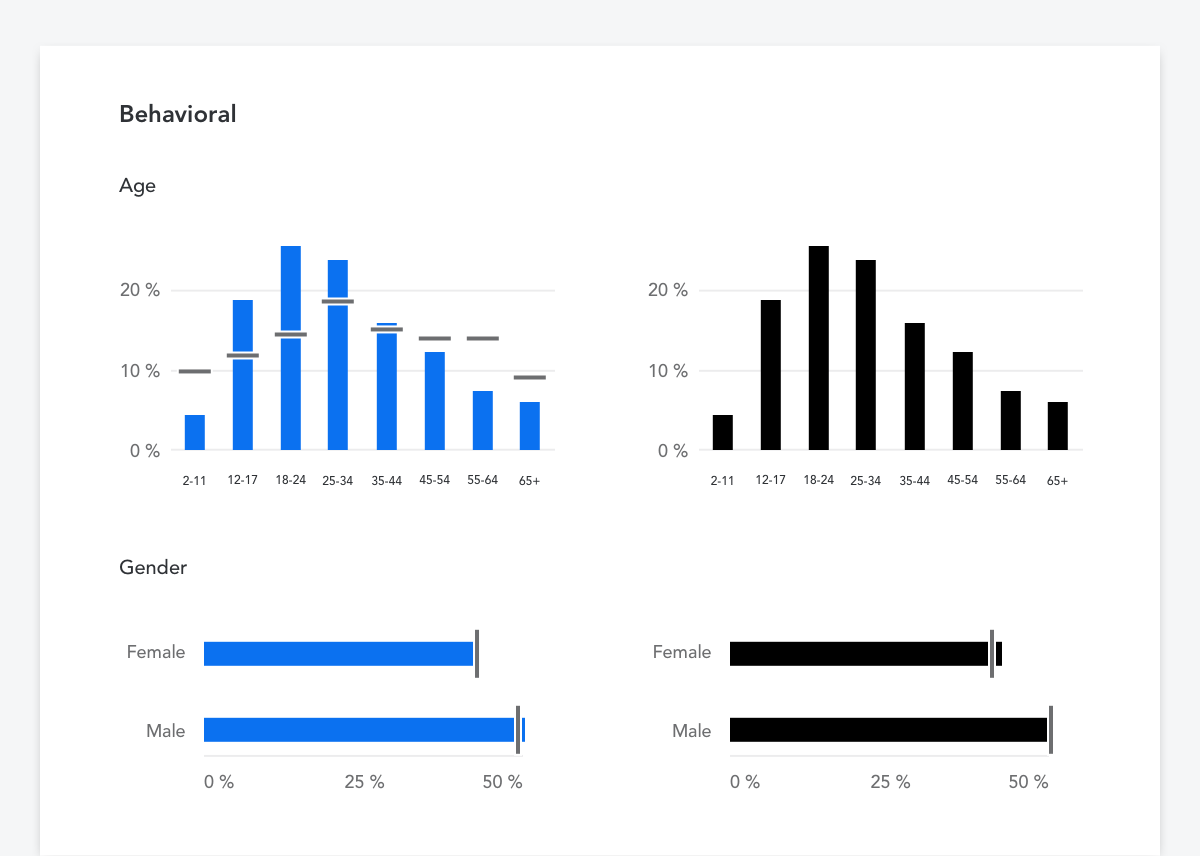 From the image above we can see our suggested comp list is a match for age and gender of the benchmark Horror genre!

The Movio Research console allows you to dig into the data in many ways to better understand your potential (or actual audience), but it’s not the only way to analyze historic moviegoer behavior.

Next, we’ll take a look at the different types of reports that can be generated from the console. These reports can be used to see how your film stacks up against the other titles in theaters, including its share of audience, giving you the ability to adjust your marketing spend to different audiences over the course of a film’s run; maximizing the full potential of your campaign.

There are many types of reports that Movio’s Research tool can provide at different points in a film's theatrical run. These Audience Evolution reports will give you perspective on the moviegoers who are actually purchasing tickets to your film and what their behavioral and demographic data looks like during the course of release. These reports can be used to help you adjust your marketing spend to different audiences over the course of a film’s run, or potentially indicate additional audiences you should be reaching. You can also see if you are attracting the audience you expected to your film, giving you the opportunity to pivot your campaign plans if not.

Let’s start from the beginning of a film's release cycle with the Pre-sales Report. This will tell you who’s buying which tickets, helping you find your opportunity in a competitive landscape by tracking any ticket purchases made before the scheduled release date. The Pre-sales report can be used to inform your behavior-based and demographic-based marketing efforts. There are two types of analysis that you can get from this report, a benchmark comparison to similar titles, or a comparison to the other films that are releasing on the same opening date. Pre-sales data can be calculated as soon as tickets have gone on sale and tickets have been purchased. This data can then be reported on a regular basis leading up to the release of your film, depending on how far in advance tickets are placed on sale.

Once a film has opened, the Weekend Audience Report is a valuable tool to tell you how your film measured up against the other new releases and top box office performers during its opening weekend. Unlock standard box office reporting tools, Movio’s Weekly Audience Report goes beyond the admission figures and compares weekend data not only from top performing films, but also how a specific film's audience demo and behavioral attributes evolve from week to week.

These reports can also extend past pre-sales and opening weekend, measuring any stage of the film lifecycle like in-season or full theatrical run with Lifecycle and Summary Reports. These full scope reports will analyze the three time periods during the theatrical release: pre-sale, opening weekend and theatrical run, the difference between them being that the Lifecycle Report  looks granularly at each week of the films cycle from pre-release to final weekend and Movio’s Summary Report looks at the overall performance per stage of releases. These reports can be useful when comparing audience behavior from week to week while in-season, or when evaluating what to do next with your film. Will it be re-released for a special anniversary or holiday, do you have a sequel coming out that you need to plan for, can your theatrical audience help define who your Home Entertainment audience might be?

Whether you are looking to measure up against other successful film releases, or track your own films progress, Movio’s Research capabilities can help you analyze the data you need to make informed decisions. It can help provide powerful insights that can then be also used in conjunction with a targeted media campaign. From insight to execution, Movio can help you find and then connect you with your ideal audience. To inquire about your specific needs for Movio Research or to learn more about how Movio can help you to connect to your ideal audiences, please reach out to us here.

We showcase how our services help to build and execute the film’s marketing strategy for theatrical release. 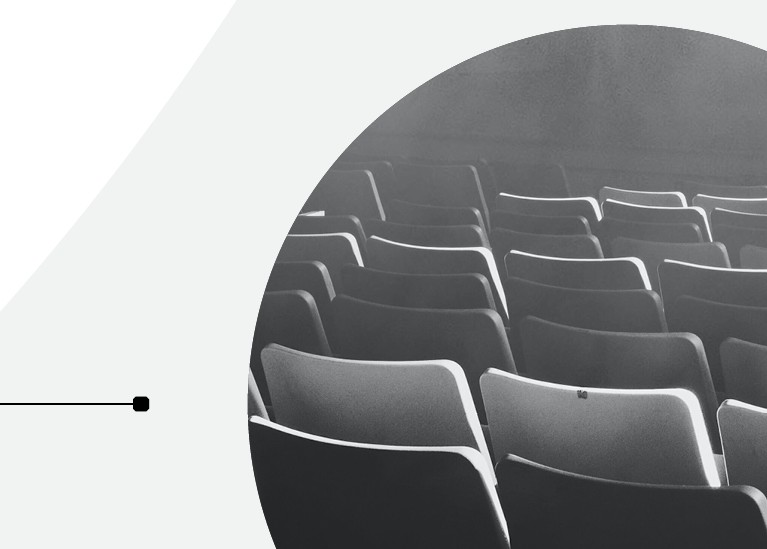 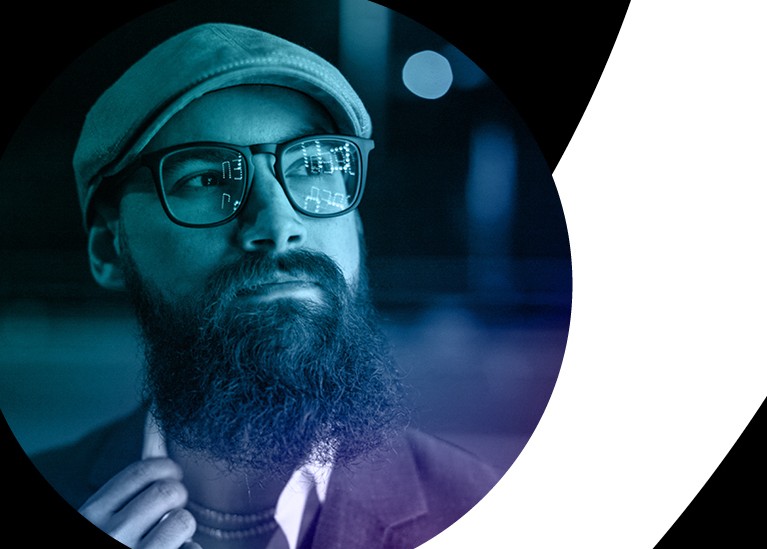