The following research was put together by our Chief Data Scientist Dr Bryan Smith, explaining how we have identified two clusters of moviegoers both dominated by women, and typically not attracted to tentpole films. Our findings suggest that a shift in focus towards producing and marketing films to women could pay off not only in incremental box office but in blockbuster returns as well. So, perhaps the answer to breaking box office records is as simple as knowing what women want.

Even with such chart-topping titles as “Jurassic World” and “The Avengers: Age of Ultron,” 2015’s unadjusted cumulative box office is up only 6% over 2014 and only 1% over 2013 as of 15 September 2015. This suggests that successful big-budget tentpole films are not sufficient for driving an increase in overall moviegoing. Due to their large production budgets, it’s also not feasible to simply produce more of these types of films, and this may be counterproductive as it simply divides the same viewership over a larger number of movies.

Are there groups of moviegoers that attend the cinema regularly but avoid tentpole films?

The map to the stars 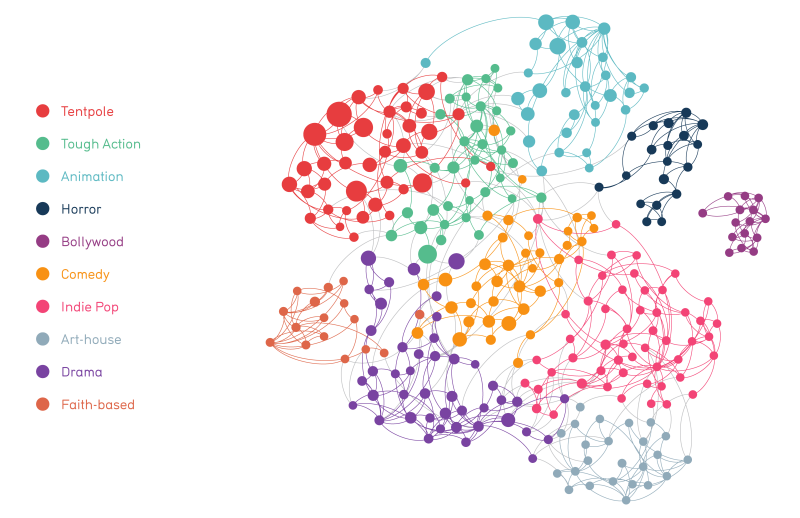 Interestingly Horror fans are unique. This genre is considered as profitable, with relatively low production cost and limited cannibalization.

Who doesn’t go to blockbusters?

To determine this, we looked at moviegoers least likely to watch tentpoles. In the end, two interesting sub-clusters stood out:

To create some form of benchmark, we adopted a simple box office revenue to film budget ratio that we call Gross to Budget Ratio. 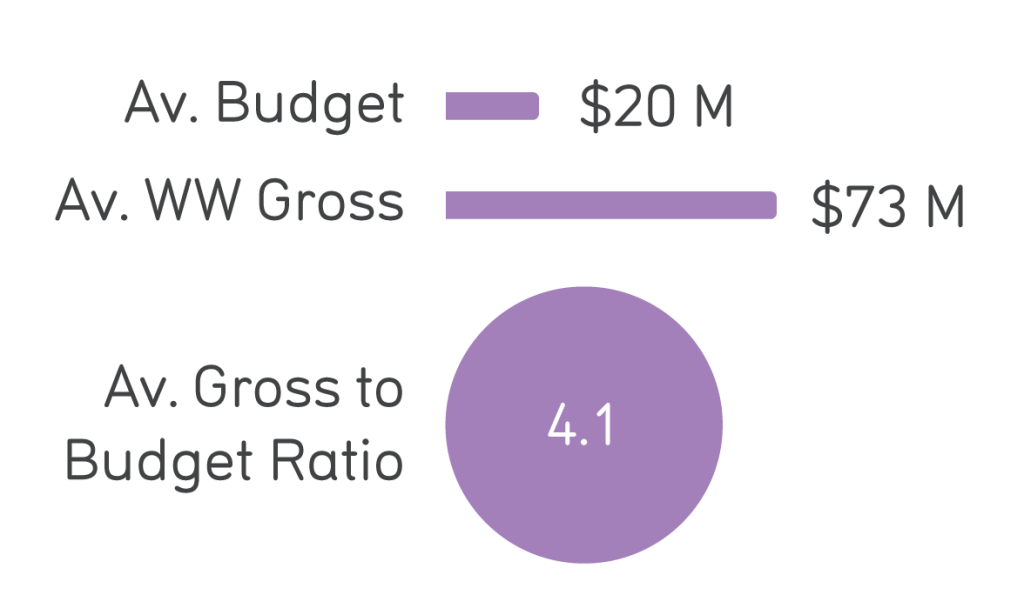 What is interesting to notice is that the average Gross to Budget Ratio is quite significant at 4.1.

These films performed even better than the previous group with an average Gross to Budget Ratio of 6.3. These two clusters of movies have common characteristics:

Our research would say absolutely, particularly when we consider the following:

Additionally, we looked at films with a gender bias over 60%, resulting in the analysis of 45 male dominant film audience and 40 female dominated film audience.

This revealed the following insight:

To find out more about our methodology download the full white paper "What Women Want: Unlocking Box Office Revenue" and watch the full presentation below.

Will drives Movio’s worldwide strategy. He is highly experienced in business management, particularly during high growth phases, having nurtured businesses from conception to profitability on a number of occasions. His approach is particularly hands-on, having successfully established Movio with his team in over 55 countries, working with the global leaders in cinema exhibition and some of the top studios and distributors. @Will_Movio and connect on LinkedIn.